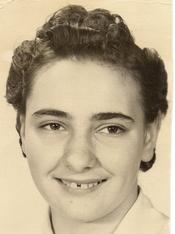 Ruth Ann Axton, 74, of Monessen, passed away unexpectedly on Thursday, March 10, 2011. A daughter of the late David and Francis Cole Kent, she was born January 29, 1937, in Elco. She enjoyed crocheting, working puzzle books and watching game shows. Her survivors include two daughters, Connie Misiewicz and her husband, Edward, of Donora, and Susan Sepesy of Monessen; two sons, William Axton of Star Junction, and Edward Axton and his wife, Judy, of Monessen; one sister, Mary Haley, of Defiance, OH; many grandchildren, great-grandchildren, nieces and nephews. In addition to her parents, Ruth is preceded in death by her husband, Russell (October 13, 2006); a grandson, Zachery Hazelbaker (August 2000); two granddaughters, Ayla Misiewicz (1986), and Elizabeth Grace Hazelbaker (2009); and two sisters, Gertrude Axton and Dorothy Pigford. There will be no visitation and interment will be at the convenience of the family.