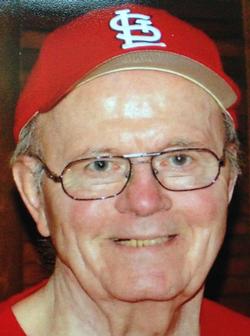 Lane Core 85 of Roscoe, died Monday November 24 in his home. Born March 6, 1929 in Stockdale a son of Ernest and Eva Jenny Gainer Core. Lane was a retired Produce Supervisor for Potter McCune. A US Army veteran having served during the Korean War. He was a member of the Roscoe United Methodist Church where he served as a Treasurer for 18yrs. Lane was volunteer for Meals on Wheels, a Cub Scout Leader and a former Treasurer and Financial Secretery for Little League Baseball and Pony League. Surviving are his wife Donna Huhn Core, a daughter Susan Lynn Tunney and husband Randy of Roscoe, a son Lane Core of Roscoe, one sister Linda Lee Barli of Dunlevy, a brother Norman Ray Core of New Eagle and 2 grandsons, Shawn Tunney and fiancee Cindy Oswald, and Patrick Earl Tunney. Preceded in death by a sister Mary Alice Segzda and an infant brother Alan Dale Core. Visitation will be held on Tuesday November 25, 2014 from 2-4pm and 6-8pm in the Melenyzer Funeral Homes & Cremation Services, Inc. 1008 Furlong Ave., Roscoe. Funeral services will be held on Wednesday November 26 at 11:00 am in the funeral home with Pastor Sandy Conti officiating. Interment will follow at Howe Cemetery, Long Branch.