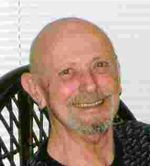 Herbert R. "Wick" Gainer, 73, of Roscoe, died Saturday, Jan. 12, 2008, in UPMC Shadyside Hospital, Pittsburgh, after a lengthy illness. He was born July 5, 1934, in Elco, the son of the late Herbert M. and Margaret Wehousie Gainer. He retired after many years as the maintenance supervisor for the California Area School District, where he was a past officer of the SEIU. He was a social member of Roscoe American Legion Post No. 801, the Legion Rum Club, the Dartball League, and he was an avid fisherman. Survivors include one sister, Janet Bitonti Ferretti and husband, John; a nephew, John Bitonti and wife, Susan; great-nieces, Gia and Marissa Bitonti; and his best friend, Penny, all of Roscoe. Friends will be received in the ED MELENYZER FUNERAL HOMES INC., of Roscoe, from 6 to 8 p.m. Tuesday and 2 to 4 and 6 to 8 p.m. Wednesday. A funeral service will be Thursday, Jan. 17, at 11 a.m. in the funeral home with Pastor Randy Landerman of Grace United Methodist Church officiating. Interment will follow in Howe Cemetery.