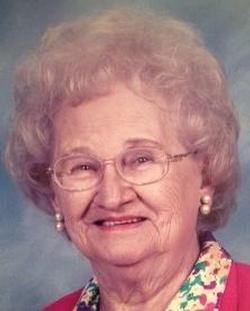 Anne Simala 93, a long time Stockdale resident died Thursday Novemeber 20, 2014 at Monongahela Valley Hospital. Born July 10, 1921 in Roscoe a daughter of Edward and Mary Gillen. She was the last surviving member of her immediate family. A member of St. Joseph's R.C. Church, Roscoe. Anne married Michael Nicknadarvich in 1947 and were married for 33yrs until his death in 1980. They had one son Michael E. Nicknadarvich (Crusher) a 1971 graduate of Charleroi Area High School and who now resides in Valrico, FL. After the passing of her first husband, Anne married Matthew Simala in 1988, also a long time resident of Stockdale. They remained married till his death in August of 2002. In addition to her son, Anne is survived by her former daughter-in-law Valerie Sproul of Beaufort, SC, a grandson and great grandson Brian and Cooper Nicknadarvich, both of Beaufont, SC and a granddaughter and great granddaughter Jennifer Aiken and Paige Bowers of Beaufort, SC., and a step daughter Debbie and husband Jeff Barnes of WV. Besides her husbands she is also preceded in death by four brothers John, Stanley, Edward and Vincent Gillen, and two sisters Della Shiflet and Nelly Reedy. Visitation will be held on Sunday November 23, 2014 from 2-4pm and 6-8pm in the Melenyzer Funeral Homes & Cremation Services, Inc. 1008 Furlong Ave., Roscoe. Mass of Christian Burial will be celebrated on Monday November 24 at 10:00am at St. Joseph's R.C. Church, Roscoe with Rev. Michael Zavage officiating. Interment will follow at Mt. Calvary Cemetery, Coal Center